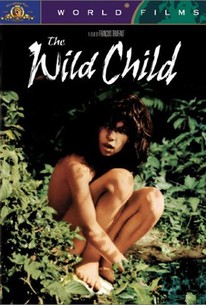 Based on a real-life case study, recorded in Jean-Marc Gaspard Itard's 1806 volume Memoire et Rapport sur Victor de L'Aveyron, The Wild Child is spiritually in line with François Truffaut's other films about the pains of adolescence. Truffaut himself plays Dr. Jean Itard, a doctor working at Paris' Institute for the Deaf and Dumb. Itard takes on the challenge of Victor (Jean-Pierre Cargol), a nonverbal "wild boy" found abandoned in the woods. Realizing that the Institute's rather cruel methods may drive Victor further into himself, Dr. Itard brings the boy to his own home, hoping to establish a communication base with kindness and compassion. Once he has taught Victor how to listen and respond, Itard takes it upon himself to imbue the boy with a sense of morality. Adopting an austere cinematic technique (at times reminiscent of silent films), Truffaut unfolds his story with directness and simplicity. ~ Hal Erickson, Rovi

Pierre Fabre
as Orderly at Institute

Frédérique Dolbert
as Child at Farm

Jean Gruault
as Visitor at Institute

Laura Truffaut
as Children at Farm

Eva Truffaut
as Children at Farm

Guillaume Schiffman
as Children at Farm

Frédérique Dolbert
as Children at Farm

Eric Dolbert
as Children at Farm

Dominique Levert
as Children at Farm

Mlle. Theaudiere
as Children at Farm
View All