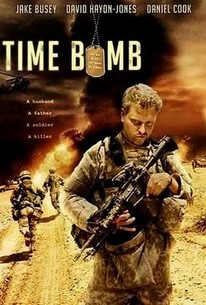 An Iraq War veteran finds his ability to discern reality from fantasy quickly slipping as he attempts to uncover a clandestine military operation designed to create the ultimate suicide bomber. Jason (Jake Busey) was just a young father when he lost his son in a tragic automobile explosion. These days, Jason is a soldier serving his country in Iraq. Every explosion reminds Jason of the day his entire world went up in flames, and when an army scientist approaches him with the prospect of taking part in a highly classified military experiment, the troubled soldier briefly toys with the idea. The military has created a virus that can literally transform any soldier into a biological bomb. Jason is the perfect test subject, but has he already been infected with the virus without his knowledge or consent? Now, with each move Jason makes to uncover the truth about this powerful virus, the explosions in his head become increasingly vivid. Will Jason live long enough to find out it's all in his mind, or will he one day spontaneously erupt just like the rest of his fellow test subjects. ~ Jason Buchanan, Rovi

There are no critic reviews yet for Time Bomb. Keep checking Rotten Tomatoes for updates!