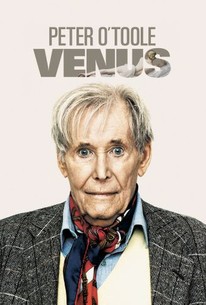 Audiences may attend to witness Peter O'Toole's Oscar-worthy performance, but they'll also be treated to a humane, tender exploration of maturing with both dignity and irreverence.

An aging pair of veteran English actors whose success never quite took hold finds their quiet existence suddenly interrupted by the arrival of one of the men's precocious grandnieces in director Roger Michell's affectionate comedy drama. Maurice (Peter O'Toole) and Ian (Leslie Phillips) may still land the occasional paying gig -- Maurice has recently been cast as a corpse in a popular television drama -- but for the most part, their days are spent cataloging their ailments over meals at their favorite café. Though the arrival of Ian's grandniece Jessie doesn't immediately set so well with her curmudgeonly great uncle, Maurice takes an immediate liking to the girl, and makes it a mission to expose the youngster to some of the bustling capitol's best-known sights. As the newly invigorated septuagenarian does his best to teach the wide-eyed youngster a thing or two about life, he soon comes to realize just how little he truly knows about the subject at such a late point in life.

Tim Faraday
as Policeman
View All