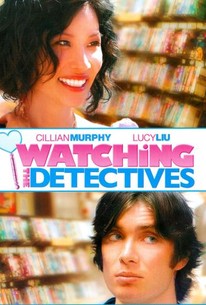 A film freak has his life turned upside down when he starts dating a real-life femme fatale in this comedy. Neil (Cillian Murphy) is a dyed-in-the-wool movie fan who runs a video store, "Gumshoe Video," specializing in classic film noir and offbeat cult items. Neil spends nearly every evening on the couch, soaking up classic movies from the blue glow of his television; Neil's lack of a social life has not been good for his relationships with women, and his latest girlfriend walked out on him after he declared he wanted her to be more like Katharine Ross in Butch Cassidy and the Sundance Kid. But then Neil meets Violet (Lucy Liu), a sexy and adventurous woman who is immediately taken with him. However, Neil soon decides Violet may be a bit too adventurous -- while he's content to get his excitement from watching movies, she would rather throw herself into thrilling situations rather than observe them from a distance, and her appetite for danger proves to be far more than he bargained for. Watching the Detectives was the first directorial effort from Paul Soter, who as a member of the Broken Lizard comedy troupe helped write the films Super Troopers and Beerfest.

Critic Reviews for Watching the Detectives

Audience Reviews for Watching the Detectives