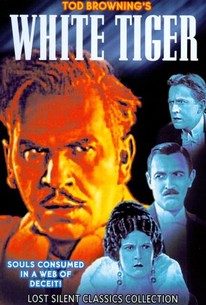 There are a few unusual twists in this Tod Browning-directed crime drama. Hawkes (Wallace Beery) becomes a stool pigeon. As a result, one of his associates is killed. He kidnaps the man's daughter, Sylvia, and raises her as his own. Twenty years pass before Sylvia (now played by Priscilla Dean) meets up with her brother, Roy (Ray Griffith). But she doesn't realize they are related and only thinks he is a crook, like herself. After a lifetime of training she has become an international thief, and she goes with Hawkes -- now known as Count Donelli -- and Roy to America to make a killing. By hiding Roy in an automatic chess player, they are able to smuggle him into a wealthy man's home. The three escape to the woods with the loot and hide in a cabin, but they are all suspicious of each other. During the heist, Sylvia has fallen for Dick Longworth (Matt Moore), who she believes to be a society man. He is actually a detective who is onto them. But after Roy and Sylvia return what they've stolen he is willing to give Roy a fresh start at an honest life. Roy has finally discovered his sister's identity, and that the phony count is the one responsible for their father's death.

There are no critic reviews yet for White Tiger. Keep checking Rotten Tomatoes for updates!

There are no featured audience reviews for White Tiger at this time.