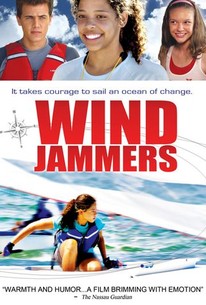 A mixed-race teen encounters racism in the Bahamas when her love of sailing causes waves amongst the privileged members of an exclusive country club. Justice (Justice VonMaur) has never known life outside the city, so when her father gets transferred to the Bahamas, it feels like the end of the world. Though things start to look up when her father joins the local yacht club and Justice signs-up for sailing lessons, the intolerant founding members quickly conspire to get their membership revoked. Later, as the annual yacht race draws near, Justice befriends a kindhearted young yachtsman and becomes an accomplished sailor. In years past, the competition was open to everyone, but these days the yacht club has restricted involvement to "members only." When the time comes to set sail, Justice realizes that her actions on this one fateful day could have a profound impact on local race relations, and prepares to make a big decision. ~ Jason Buchanan, Rovi

There are no critic reviews yet for Wind Jammers. Keep checking Rotten Tomatoes for updates!

There are no featured audience reviews for Wind Jammers at this time.