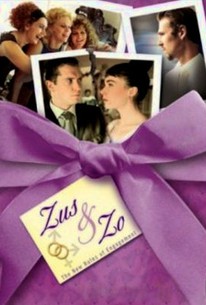 Dutch filmmaker Paula van der Oest spins this frothy comedy about the ends to which three sisters would go to keep possession of the family's summer home in Portugal. When their 32-year-old brother, Nino, announces his engagement with his younger girlfriend, Bo, his three siblings react not with congratulatory happiness but with shocked indignation instead. For one thing, Nino was gay for most of his teens and twenties; and another, if he gets married then he inherits the summer villa. The three sisters are united by two traits: they each have vivid interior fantasy worlds -- often involving having sex with the other's husbands -- and they each dream of retiring to Portugal. Starving artist Wanda wants to open a gallery there, while writer Sonja dreams of living there with her husband. Michelle, the eldest, wants to flee her hectic domestic life as a housewife and mother to open a home for war orphans. Together, they cheerfully connive to undermine the engagement, as Bo invites them to Portugal to help plan the wedding. This film was screened at the 2001 Toronto Film Festival. ~ Jonathan Crow, Rovi

Annet Nieuwenhuyzen
as Mother
View All