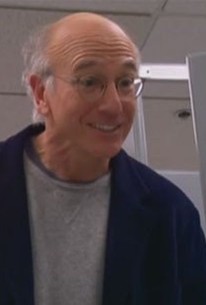 The Bowtie
Curb Your Enthusiasm Season 5

Larry (Larry David) tries to hire a private detective, Omar Jones (Mekhi Phifer), to find out if he's adopted, but Jones explains he's only interested in taking cases that "benefit the community," and Larry's offer to host bingo or be a Big Brother for a single afternoon apparently doesn't cut it. Larry and Jeff (Jeff Garlin) run into Jodi Funkhouser (Mayim Bialik, TV's Blossom), the daughter of their friend Marty (Bob Einstein). She's very friendly, and Larry explains to Jeff that the lesbian community has always embraced him. Later, Marty, who is pressing Larry to attend his anniversary party, promises him that Rosie O'Donnell will be at his table. He also tells Larry that Jodi is now dating a guy, eliciting a joyous response from Larry that puts his relationship with the lesbian community in peril. Also, Larry wears a bowtie, learns from Wanda (Wanda Sykes) that his new dog hates black people, and gets into a spat with a disabled man when he uses the handicapped stall in a public restroom.

Rosie O'Donnell
as Herself

Fido
as Sheriff the Dog

Michael D'Amore
as Man in wheelchair

Troy McKay
as Man #3 in Bathroom

Tom Virtue
as Man with Stutter

Jim Gleason
as Man #2 in Bathroom

Craig Cackowski
as Man #1 in Bathroom 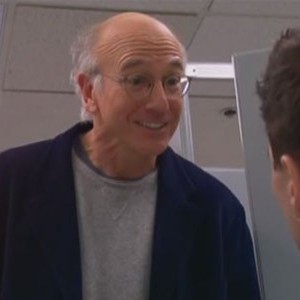