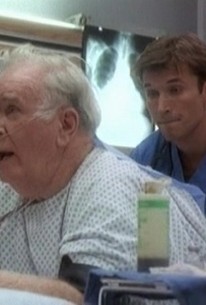 Do One, Teach One, Kill One
ER Season 2

In his zeal to prove his value to the ER and impress Harper (Christine Elise), Carter (Noah Wyle) loses his first patient, a barfly named Ed. Meanwhile, Carol (Julianna Margulies) and Shep (Ron Eldard) work together to subdue a drug-crazed patient, and Ross (George Clooney) copes with a four-year-old Asian child suffering from AIDS. And perhaps inevitably, the ongoing conflict between Lewis (Sherry Stringfield) and Weaver (Laura Innes) reaches another crisis point, compelling Lewis to go over Weaver's head and file a complaint with Greene (Anthony Edwards).