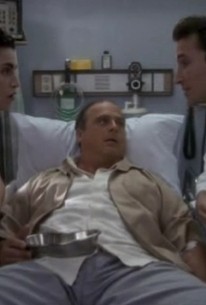 As the staffers at County General anxiously await news as to which hospital in their county is going to be closed down, a number of personal dramas play themselves out. Both Greene (Anthony Edwards) and Lewis (Sherry Stringfield) strike out with their respective blind dates; Jeanie (Gloria Reuben) begins to understand the negative effect that being HIV-positive will have on her life; and Carter (Noah Wyle) plots revenge against Benton (Eriq La Salle) for making his first day as an ER intern so miserable. John Aylward makes his debut appearance as Dr. Donald Anspaugh, the ER's new chief of staff.