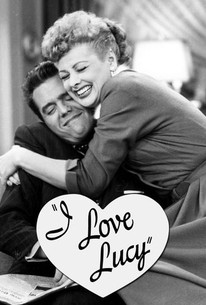 Engrossed in the whodunit novel "The Mockingbird Murder Case," Lucy (Lucille Ball) convinces herself that Ricky (Desi Arnaz) plans to bump her off -- and this suspicion seems to be confirmed when Ethel (Vivian Vance) uses cards to predict Lucy's future (or lack of same). Unwitting Ricky fuels Lucy's fears when he discusses "getting rid of her" over the phone, though in fact he is merely asking his agent to remove a trained dog from his nightclub act! One misunderstanding leads to another, and by episode's end a desperate Lucy shows up in the middle of Ricky's performance at the Trocadero, prepared to accuse him of poisoning her. This was the first I Love Lucy episode to be filmed, though not the first to be telecast.