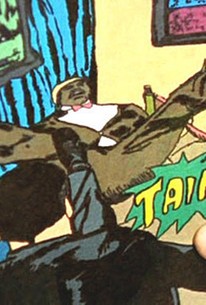 It's Insane this Guy's Taint!
Mr. Show With Bob and David Season 4

This episode opens with a heartfelt tribute to a crew member who has died. Bob Odenkirk and David Cross ask the audience for a moment of silence. David further requests, "Please hold your breath, in honor of him who cannot breathe." In an unrelated sketch, the cast assembles, on Bob's request, for an "intervention." David arrives (wearing a fat suit), and the others try to "help" him see that he has a problem, by making jokes about how fat he is. At one point, as abuse is heaped on him, David says, "I'm crushed," and Paul F. Tompkins replies, "No, if you were crushed, you'd be thinner." But when Bob anoints Paul the new "King of Slams" and tries to high-five him, Paul leaves him hanging. David takes off his fake belly and they tell Bob the truth -- the intervention is really for him. "We're tired of the way you run your interventions," David explains. Later in the show, there's an episode of "Car Wash Change Thief Action Squad," with an overly zealous host (Bob) using sting operations and hidden cameras in a failed effort to stop car wash employees from stealing the change from his dashboard. In another skit, Reverend Ahlid Kalunda (Jerry Minor), the head of "The Men's Club of Allah," takes the podium to clarify some previous statements that he says have been "distorted by the media," including his call for the beheading of all white women. This somehow transforms into a Batman parody, in which Kalunda and his young ward battle the arch villain, The Windbreaker (Jay Johnston). In the Boogie Nights parody that closes the show, David plays a magazine publisher who pushes the limits of gay porn by focusing on the "taint," the area between the genitalia and the buttocks.

It's Insane this Guy's Taint! Photos 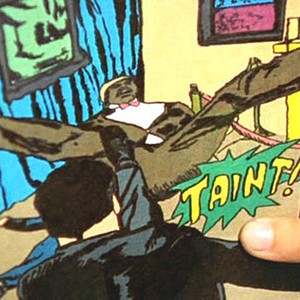