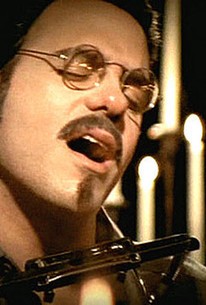 The episode opens with David Cross writing a note explaining that he's running away from the show. Bob Odenkirk comes out and asks him why. "Because of the content warnings," David explains, "They give the whole show away. How am I supposed to trick little kids into seeing my butt?" A weird space child with an adult voice who uses big words appears onscreen. It turns out he's responsible for the content warnings. He transports Bob and David to his space pod, and gives them a drink that makes them shrink before his parents come in and punish him. Later, in a parody of Inside the Actors Studio, David plays Cyrus, the obsequious host of "Inside the Actor." He introduces his guest, Ryan Dorn (Jay Johnston), as "a bountiful treat from which I invite you to partake." Cyrus asks for questions from his students, but when someone speaks up, Cyrus shouts, "Who dares question Ryan Dorn!?" He then begins washing Dorn's feet. When Dorn mentions his interest in directing, it's too much for Cyrus, who cries, "Have mine ears bewitched me with whispers of Xanadu?" In order to "gain further insight into the actual workings of the actor," Cyrus and two students are shrunk down to microscopic size and injected into Dorn. This segues into a parody of Land of the Lost, complete with a similar theme song. It turns out Dorn is inhabited by plastic dinosaurs and a cute robot. The show ends with a music awards show where Horace Loeb (David) wins a "Teardrop Award" for a sad song about the untimely death of his son. "I wish my boy could be here to share this with me" the triumphant Loeb says, "but then I wouldn't have written the song, so scratch that." 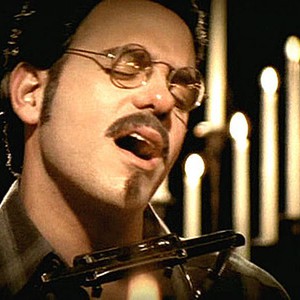