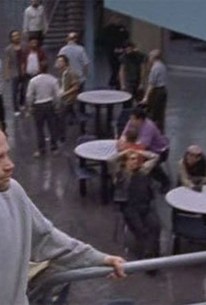 Tarrant killed three inmates, including Pierce, Wangler, and a guard, and critically injured Keller. Glynn (Ernie Hudson) tries to figure out where he got the gun. Adebisi (Adewale Akinnouye-Agbaje) and Arif (Granville Adams) conspire to get rid of McManus (Terry Kinney). Glynn also gets pressure from Devlin's (Zeljko Ivanek) campaign manager to find a scapegoat for the recent troubles at Oz. McManus seals his fate when he sings inappropriate song during the guard's funeral service. Glynn fires him. Beecher (Lee Tergesen) has his father (Edward Herrman) track down Hank Schillinger (Andrew Barchilon) and even has him pay Hank to visit Schillinger (J.K. Simmons). Mobay (Lance Reddick) continues his undercover investigation, trying to get close to Adebisi. But Hill (Harold Perrineau) recognizes Mobay's partner when she visits him, posing as his wife. Said (Eamonn Walker) meets with Tricia Ross (Arija Bareikis) again, and tries to subdue her feelings for her. When Said refuses to wear a prison jumpsuit to testify in the riot lawsuit, Beecher accuses him of wanting to lose the case, and testifies in his place. Cramer (Rob Bogue) learns that a juror in his case bullied the others into convicting him because he's gay, and he turns to Said for help. Shirley Bellinger's (Kathryn Erbe) execution date has been set, but that doesn't stop her from flirting with Moses (Erik King). Dr. Nathan (Lauren Velez) convinces her late husband's parents (Dana Ivey and John McMartin) to participate in Sister Pete's (Rita Moreno) program and meet with Ryan (Dean Winters) and Cyril (Scott William Winters). Ryan finds out that Stanislofsky (Philip Casnoff) has a cell phone, but the Russian outwits him when he tries to get his hands on it. Alvarez (Kirk Acevedo) still has the Latinos trying to kill him, until he finds a way out of the situation. 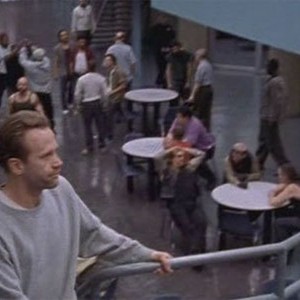