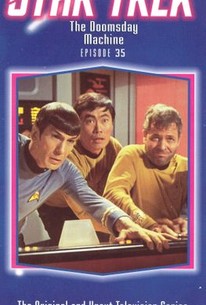 Star Trek 35: The Doomsday Machine centers on the conflict between the Enterprise and the titular machine, a gigantic alien vessel that consumes entire solar systems during its march across the galaxy. The trouble begins when the Enterprise encounters the starship Constellation, now a ruined hulk containing a single survivor: the nearly incoherent Commodore Matt Decker. Captain Kirk is investigating the destroyed starship when the source of this devastation becomes abundantly clear -- as the enormous alien ship returns -- trapping him aboard the helpless Constellation. Meanwhile, aboard the Enterprise, a newly energized Decker takes command of the Enterprise in an obsessive quest to destroy the alien ship at any cost. This episode from the enduringly popular television series' second season was penned by noted science fiction author Norman Spinrad. 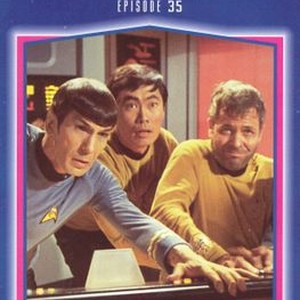 Critic Reviews for The Doomsday Machine

It's nice to more of Saru's backstory being explored, but The Sound of Thunder really should have played out over multiple episodes rather than being squashed into just one.