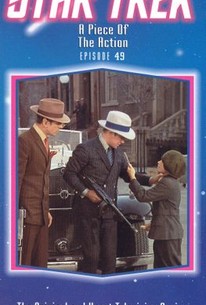 A Piece of the Action
Star Trek Season 2

Kirk, Spock, and McCoy encounter an alien civilization with an unusual similarity to the seedier side of 1920s Chicago in this episode of the original Star Trek television series. It seems that 200 years before, another starship had visited the planet and unintentionally left behind a book about the heyday of the Chicago mobs, which the planet's inhabitants, skilled mimics, subsequently adopted as a guide to structuring and modernizing their society. Already challenged by dealing with a world ruled by warring, violent gangs, the situation grows even more difficult for the three Enterprise officers when they are captured by one of the gang bosses. Even worse, their captors seem quite interested in examining and copying the Starfleet officers' equipment -- particularly their weaponry. As in the numerous time-travel episodes of the series, the episode combines the series' traditional adventure element with fish-out-of-water humor, as Kirk, Spock, and McCoy attempt to adapt their futuristic ways to the extremely different requirements of an ancient Earth environment.

A Piece of the Action Photos 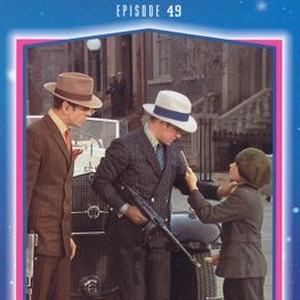