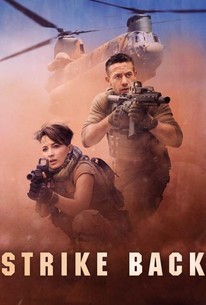 Six months after their last mission, three members of the British special-ops team Section 20 - Gracie Novin (Alin Sumarwata), Samuel Wyatt (Daniel MacPherson) and Thomas "Mac" McAllister (Warren Brown) - reunite for what they think is a routine "cleanup" exercise in Malaysia. Things get complicated when their new commanding officer, borderline burn-out Alexander Coltrane (Jamie Bamber), learns that a British operative, in possession of intel about a downed Russian plane, has been killed in Kuala Lumpur after meeting with Katrina Zarkova (Yasemin Allen), a covert Russian operative.