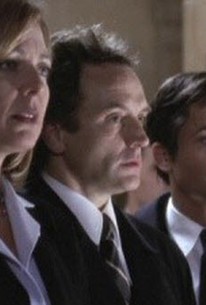 Its scheduled telecast delayed because of news coverage of the 9/11 tragedy, this "official" opening episode of The West Wing's third season (the first of two parts) finds the Bartlet White House in turmoil after President Jed Bartlet (Martin Sheen) has made public the fact that he has multiple sclerosis. Inasmuch as there is talk of impeachment because the president kept his medical condition a secret for too long, Press Secretary C.J. Cregg (Allison Janney) is bombarded with nagging and downright hostile questions from a group of reporters -- an experience that causes C.J. to lose her famous cool entirely. In other developments, Bartlet's decision to run for a second term has caused friction between Jed and First Lady Abbey Bartlet (Stockard Channing); the growing crisis in Haiti is sorely affecting the work performance of National Security Advisor Nancy McNally (Anna Deavere Smith); and Chief Counsel Oliver Babish (Oliver Platt) advises presidential aide Charlie Young (Dulé Hill) to hire a lawyer in case he is accused of complicity in the MS "cover-up." 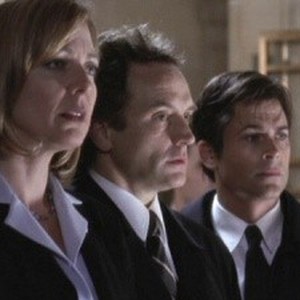 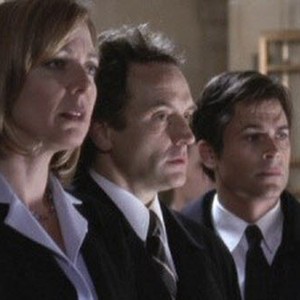