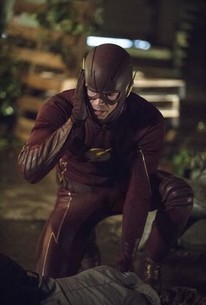 The Flash moves a little further into its second season by introducing viewers to another speedy superhero -- from a place called Earth-2 -- deftly adding the multiverse concept to the show.

Jay Garrick, a mysterious man from Earth-2, appears at S.T.A.R. Labs with a dire warning about an evil speedster named Zoom who is out to destroy the Flash. Barry and the team must decide if they can trust him, even as they face yet another powerful meta-human. Meanwhile, Joe deals with a determined officer named Patty Spivot who wants to join his meta-human task force. 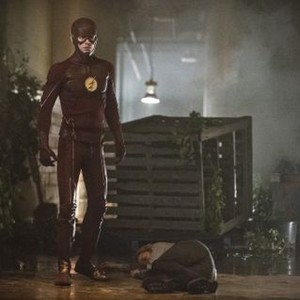 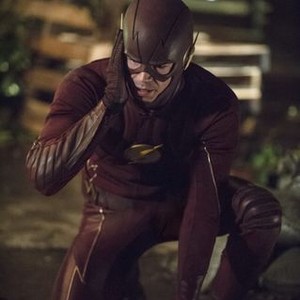 There's a lot to like about the direction The Flash is going in with Zoom by setting him apart from what we've seen before. He looks like a literal Speed Demon.

When the man you thought was one of your surrogate father figures who wanted to protect you and nurture your skills turns out to be the man who killed your mother in disguise, you're understandably going to have some trust issues

While Flash of Two Worlds may be the ultimate in fan service, there's no question that it's the best kind of fan service.

The nut of the entire episode, its reason for existing, is the galvanize the pair of Flashes into a unified front against a new enemy - Zoom.

Thanks to some choppy pacing, this episode didn't quite live up to its potential. Even so, it was a thrill to see two Flashes united on the big screen.

They didn't just take the story idea and run with it, they went so far as to recreate the comic's classic cover. This attention to detail and obvious love of the source material is what makes the show such a gem to watch each and every week.

Jay won't be the only memorable comic book figure coming into Barry's life in this Tuesday's installment.

This hour of The Flash was a little scattered, but it had some great takeaways. There were several new characters introduced on as well as the return of a fan favorite by way of doppelganger on a world only a singularity away.

Pure comic book nerd candy. It was an hour that returned the show back to having fun, while jumping us headlong into the concept of parallel universes.

A remarkably strong episode jam packed with character revelations and new insights into the world they inhabit, The Flash is already on quite a role.

Flash of Two Worlds offered exactly what we want out of this show: thrilling action, plenty of laughs, significant emotional growth for these characters we love, some deep-cut nerdiness and a hell of a lot of warmth.