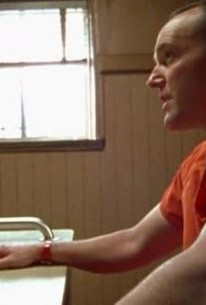 The Strike Team has been turned loose again, and immediately pays dividends. Shane (Walton Goggins) gets shot at while the team tries to bust a gang member, but it leads them to a massive money-laundering operation. Vic (Michael Chiklis) convinces Aceveda (Benito Martinez) to let Danny (Catherine Dent) go undercover to help the team nab Louis (Dominic Hoffman), the head of the operation. Shane continues to defend Mara (Michele Hicks) despite all the trouble her theft has caused. Vic tells him, "She's gonna be gone in a couple of months." Vic has another tryst with Lauren (Natalie Zea), but she refuses to leave her boyfriend, because he has threatened to commit suicide in the past. Vic and Corrine (Cathy Cahlin Ryan) begin to suspect that their youngest daughter is also autistic. Dutch (Jay Karnes) is granted a lengthy interview by the "cuddler rapist" suspect, William Faulkes (Clark Gregg), who confesses to his crimes. He and Dutch have a philosophical discussion about why he raped and murdered those elderly women, which turns out to be frustrating for both of them. This episode was directed by playwright/filmmaker David Mamet, and features a guest appearance by his wife, Rebecca Pidgeon. 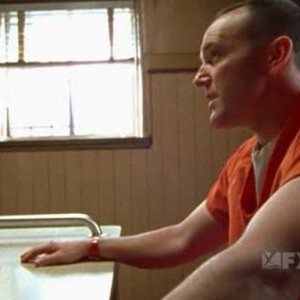