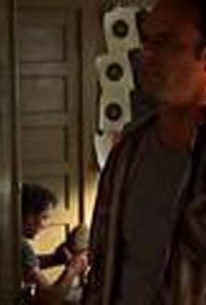 On Tilt
The Shield Season 3

As the finale of the third season of The Shield opens, Vic (Michael Chiklis), Shane (Walton Goggins), and Ronnie (David Rees Snell) are dealing with the consequences of Lem (Kenny Johnson) torching the money from the "Money Train" heist. Lem will no longer get a cut, but there's still not much left to go around for all the risk they took, and as Aceveda (Benito Martinez) explains, if Lem leaves the group, the police chief will not replace him, and the Strike Team will not have enough members to continue. The team also confirms that they're being targeted by the Armenian mob, and Vic decides to take matters into his own hands in his pursuit of Margos (Kurt Sutter, uncredited). Claudette (CCH Pounder) doggedly continues to pursue the case of the drugged-up public defender, despite getting pressured by Aceveda to drop it. That case, and Dutch's (Jay Karnes) continued interest in Vic's possible involvement with the Armenians, makes them a very unpopular pair at The Barn. Meanwhile, Danny (Catherine Dent) scores points with her handling of the case of a local business owner (André Benjamin of OutKast) who resorts to aggressive tactics in trying to get the drug dealers and prostitutes off his block. 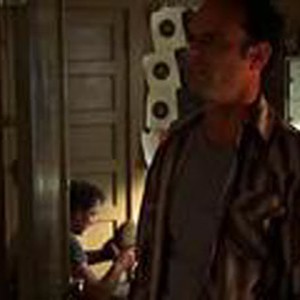