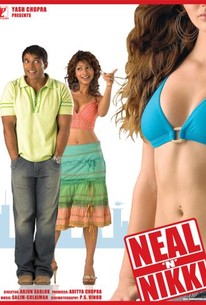 A man looking for one last fling finds love in an unexpected place in this romantic comedy. Twentysomething Neal (Uday Chopra) comes from a family of Indian expatriates living in Canada. A self-styled ladies' man, Neal is chafing at his parents' insistence that he marry a girl from Bhatinda whom he's never met, but he agrees to the arranged match under one condition -- that he gets three weeks to sow his wild oats in Vancouver before settling down. His parents agree, and Neal hits the road for the big city. However, on his first day in Vancouver, Neal meets Nikki Bakshi (Tanisha Mukerjee), a pretty but scatterbrained Indian girl who manages to ruin his date with a sexy model that evening. Over the next few days, Neal can't seem to go anywhere without running into Nikki, who has a remarkable talent for spoiling his opportunities with the ladies. In time, Nikki starts to feel bad about spoiling Neal's last weeks of bachelor bliss, and decides to help him find some female companionship; however, things take an unexpected turn and Neal and Nikki wind up in bed together. While the two realize they have more in common than they first imagined, is Neal ready to settle down with Nikki? And even if he is, where does that leave his wife-to-be in Bhatinda? Shot on location in Canada, Neal n' Nikki was written and directed by talent from India, with a crew imported from Bollywood.

Abhishek Bachchan
as Man in bar

Serinda Swan
as Amanda
View All