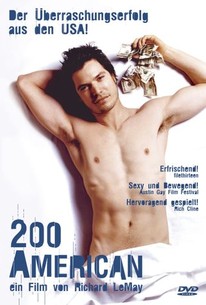 A gay man nursing a broken heart finds love while looking for sex in this romantic drama from actor-turned-filmmaker Richard LeMay. Conrad (Matt Walton) is an advertising executive who has fallen into a funk after breaking up with his boyfriend of three years, Martin (John-Dylan Howard). While he's lonely, Conrad doesn't think he's ready for a relationship so he hires a good-looking hustler, Tyler (Sean Matic), for the evening. Conrad is surprised to find that Tyler is hardly the typical hustler -- he's smart, sweet, and personable, and Conrad discovers that his attraction to Tyler is not merely physical. As they get to know one another, Conrad discovers Tyler's real name is Ian and that he's an Australian who is looking for a way to stay in the United States. He's found a woman who is willing to marry him so he can get a green card, but only for a price, and he's turned to hustling to raise the money. Conrad tries to find a job for Ian in order to keep him away from other men, though that becomes all the more difficult when Conrad's boss gets a look at Ian. 200 American was screened as part of the 2004 London Gay and Lesbian Film Festival.

There are no critic reviews yet for 200 American. Keep checking Rotten Tomatoes for updates!