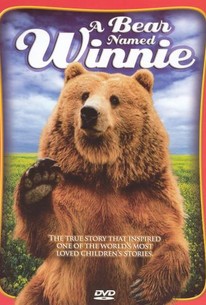 Discover the true story behind author A.A. Milne's beloved children's character in this tale of the remarkable friendship between a Canadian soldier, and the cub that stood as a symbol of friendship and hope in a world plagued by war. It was during the early days of World War I that 34th Fort Garry Horse Division veterinarian Lieutenant Harry Colebourn (Michael Fassbinder) purchased a small bear cub and named her Winnie after his hometown of Winnipeg. Though Coleburn's fellow soldiers repeatedly warn the Lieutenant against taking Winnie with him to the gathering point in Valcartier, Quebec where Canadian soldiers are gathering to be shipped overseas, the presence of the young cub among the troops serves as a ray of hope to the soldiers faced with the prospect of war. After traveling with the soldiers to Salisbury Plain in England, Winnie is placed in the care of the London Zoo when Harry's regiment is shipped off to fight in France. As the specter of war looms heavy in the conscience of the citizens and children of London, Winnie becomes the star attraction at the zoo. When a man named A.A. Milne brings his young son to visit the zoo, the story of the bear and her friendship with a far away soldier inspires him to create one of the most beloved characters in the history of children's literature.

Stephen Fry
as Protheroe the Zookeeper

There are no critic reviews yet for A Bear Named Winnie. Keep checking Rotten Tomatoes for updates!