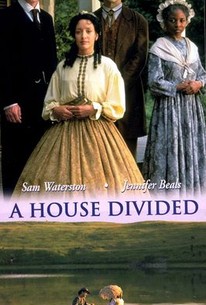 This historical drama, based on a true story, is set in Georgia in the mid-1800s. David Dickson (Sam Waterston) owns a large plantation, as well as a number of slaves who do the labor required to run it. Dickson finds himself attracted to one of his new slaves, a bright and willful teenager named Julia (Lisa Gay Hamilton); Dickson rapes Julia, and nine months later she gives birth to a daughter, Amanda. Amanda is fair-skinned and can pass for white, so Dickson raises her as his daughter without acknowledging Julia as the mother, fabricating a story that Amanda's mother died in childbirth. After Amanda (now played by Jennifer Beals) has grown to adulthood, Dickson dies, leaving his entire estate to her. However, Henry (Ron White), Dickson's younger brother, knows the truth about Amanda's heritage and questions the will in court; a high-minded lawyer named Charles Dubose (Tim Daly) agrees to represent Amanda in court as the sordid secrets of the Dickson family air in a public courtroom. Sam Waterston served as co-producer as well as male lead for A House Divided, which was produced for (and first aired by) the Showtime premium cable network.

Critic Reviews for A House Divided

Audience Reviews for A House Divided

There are no featured audience reviews for A House Divided at this time.