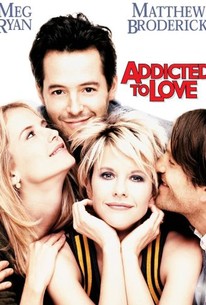 In this slightly dark comedy about romantic obsession, Sam (Matthew Broderick) is an astronomer who likes his life in the small New England town he calls home and loves his fiancée, Linda (Kelly Preston). But one day, Linda tells Sam that she's moving to New York because she has found a new job -- and a new boyfriend. Sam is shocked and doesn't want to give Linda up, so when she moves to Manhattan, Sam follows her. Moving into an empty loft across the street from Linda's new apartment, Sam constructs a camera obscura that allows him to watch what she and her new beau, a French restaurateur named Anton (Tcheky Karyo), are up to. Sam's convinced that Linda is just going through a phase, and when she gets tired of Anton, he'll be there to pick up the pieces. But Sam soon has company in his obsessive watch over Linda's new flat: Anton's former girlfriend, Maggie (Meg Ryan), crashes Sam's hideout and joins him in his spy mission. While Sam just wants Linda back, Maggie is seething with rage against Anton after he dumped her and now she's out for revenge. Addicted to Love was the directorial debut of actor and producer Griffin Dunne; he cast his father, noted author Dominick Dunne, in a small role as a food writer.

Richard Dreyfuss
as astronomer
View All

Critic Reviews for Addicted to Love

Audience Reviews for Addicted to Love