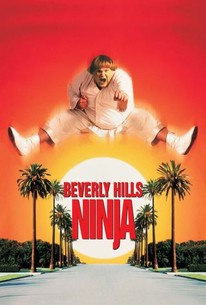 2:13
Beverly Hills Ninja: Official Clip - I Will Be Watching Your Every Move

2:10
Beverly Hills Ninja: Official Clip - No One Messes With My Brother
View All Videos (8)

Chris Farley stars as an unusual ninja fighter in this over-the-top comedy. An elite society of Japanese warriors have prophesied that one day a blonde-haired, fair-skinned child will come to their village and lead them as a fighter of remarkable skill and bravery. So when an American child who fell overboard on an ocean liner washes up on their shores, they adopt him as one of their own and patiently instruct him in the ways of a ninja. Trouble is, the child, whom they name Haru (Chris Farley), grows up to be fat, clumsy, not especially bright, and startlingly inept as a warrior. Undaunted, Haru struggles on with his ninja training, and when Alison (Nicolette Sheridan), a beautiful woman from America, requests a ninja fighter to return with her to the States and protect her from her criminal-minded boyfriend and his Yakuza associates, Haru eagerly accepts the assignment. Haru's minders see trouble brewing, so they secretly send along a fellow ninja, Gobei (Robin Shou), to watch his back, although this hardly prevents Haru from posing a deadly menace to inanimate objects everywhere. Jackie Chan was at one time announced to co-star in this film, which would prove to be the last Chris Farley vehicle released before his death in late 1997, though two other films he completed before his passing were released in 1998. ~ Mark Deming, Rovi

Will Sasso
as (uncredited)

Charles Dugan
as Man with Shoes