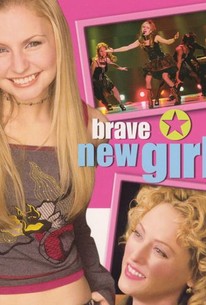 Against all odds, a young woman realizes her dreams to study vocal music in this inspirational melodrama written by pop-star Britney Spears and her mother. Based on the Spears' semiautobiographical novel A Mother's Gift, Brave New Girl traces the journey of Holly (Lindsey Haun), a plucky, lower middle-class Texas teen being raised by her equally plucky single mom, Wanda (Virginia Madsen). Holly's voice makes her shine in her school choir, but she's unsure she's got what it takes to leave her boyfriend and family behind -- until she gets accepted to one of the most prestigious music schools in the country. With her boyfriend's blessing and Wanda's small nest egg of savings, Holly and her mom trek north in their old convertible, depositing her on the steps of the academy. But music school proves to be even more challenging than Holly thought as she comes up against snobby attitudes and competitive classmates. Meanwhile, unbeknownst to Holly, Wanda has a chance encounter with a man who may be Mr. Right -- and she decides to stay in the college town a little while longer. Brave New Girl premiered on the ABC Family network in 2004.

There are no critic reviews yet for Brave New Girl. Keep checking Rotten Tomatoes for updates!