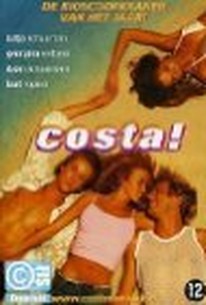 This movie follows the popular formula of the homonymous Dutch-Flemish TV series, and includes most of its main characters, either from the previous or the following seasons. On their first-ever holiday with her sister Angela and their arrogant friends Joyce and Maureen, at the beach in Spain (hence the title) the outspoken Janet meets Rens, who since a few years works there, rooming with his colleagues Tommy, Bjorn and Frida and 'wanna-be propper' Bart, as sexy 'propper' for the popular disco 'Costa!' - the job is to lure in customers by their sex appeal. The rivaling club 'Empire' looks set to win a dance competition, and with it too much clientèle. Rens soon falls for Janet, causing consternation and jealousy, but they need the couple as their best dancers. As usual the competition resorts to dirty tricks, but is beaten in the end.

There are no critic reviews yet for Costa!. Keep checking Rotten Tomatoes for updates!

There are no featured audience reviews for Costa! at this time.