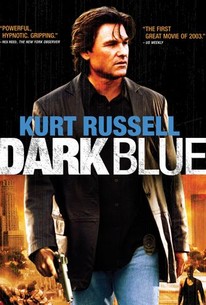 Kurt Russell gives a good performance. Too bad there's nothing here that you haven't seen before.

In America, the police are sworn to uphold the law and protect the innocent. But on the streets, it's everyone for themselves--and the streets are where policeman Eldon Perry honed his craft. Perry is a veteran cop in Los Angeles, one of the toughest cities in the world. A member of the LAPD's elite Special Investigations Squad, Perry is known for his tough street tactics, fiery temper, and a willingness to do whatever it takes to bring someone to justice. Perry plays fast and loose with the rules and goes over the line--until another cop vows to bring him down. When the SIS is assigned a high-profile quadruple homicide, Perry is put on the case along with SIS rookie Bobby Keough. Investigating the murders alongside Perry, Keough soon learns the grim realities of police intimidation and corruption. Meanwhile, Assistant Chief Holland is the only man in the department willing to stand up to the SIS. The SIS is a tight brotherhood, and no one has ever dared to take them on--until now. While Perry and Keough are trying to solve the murder, Holland is trying to end Perry's brand of single-handed "justice." Over the course of four days, the brutal murder and a racially charged trial trigger an explosive chain of events that resonate throughout Los Angeles.

John Fadule
as Shooting Board Officer

Michael A. Bentt
as Officer Clay

Eric Spillman
as Newscaster
View All