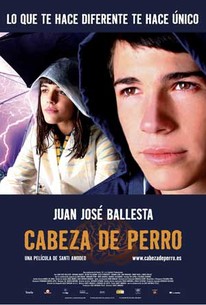 A rare ailment literally takes a young man on a journey of the unexpected in this off-kilter comedy from Spanish filmmaker Santo Amodeo. Samuel (Juan Jose Ballesta) is a seemingly ordinary nineteen-year-old with an unusual problem. Samuel suffers from an uncommon brain disorder that causes him to have periodic spells where he goes into a trance, making it impossible for him to interact with people or things around him. While Samuel tries to live a normal life, his difficulties become apparent when he attends a funeral and bumps into his cousin Eduardo (Julian Villagran) for the first time in years. Eduardo invites Samuel to spend a few days with him and he agrees; that night, they go out to a club, but after a few hours of partying, Samuel feels an attack coming on and needs to take a nap. Samuel heads outside and crawls into the back of a van; the next morning, he wakes up to find the driver of the van took an overnight trip, and he's now in Madrid, hundreds of miles away from Eduardo's place. Samuel now had to find the owner of the van and persuade them to take him back home; as he scours Madrid, he encounters a handful of local eccentrics, including seductive Rosa (Ana Wagener), scatterbrained Consuelo (Adriana Ugarte) and Angelito (Manuel Alexandre), an elderly gentleman living with Alzheimer's.

There are no critic reviews yet for Doghead. Keep checking Rotten Tomatoes for updates!

There are no featured audience reviews for Doghead at this time.