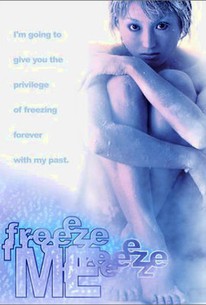 Takashi Ishii directs this jet-black erotic thriller about a woman's past coming back to haunt her. Chihiro (played by model Harumi Inoue) is enjoying her life -- she likes her white-collar job and she loves her handsome co-worker boyfriend. Then one day, she sees an unusually attractive stranger poking through her mail. To her horror, she recognizes him as Hirokawa (Kazuki Kitamura), one of three thugs who gang-raped her years previous. Worse, he recognizes her and forces himself into her apartment. Acting like a long-lost lover, he tells her that he and the other two rapists -- including yakuza boss Baba (Naoto Takenaka), who just got out of prison -- are coming soon to relive the old times. He shows her photographs of the last rape, which he shows to her baffled boyfriend (Shunsuke Matsuoka), who makes a brief visit, and which he has stuffed in the mailboxes of all of her neighbors. The following day, he goes to her work and creates a scene that results in her getting canned. Chihiro's slow burn suddenly erupts into a fantastically violent catharsis. Preparing herself for the impending visit of the other rapists, she stuffs Hirokawa's body in the refrigerator. ~ Jonathan Crow, Rovi

Critic Reviews for Freeze Me

Audience Reviews for Freeze Me