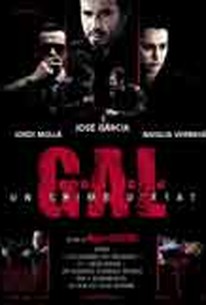 A pair of reporters uncover a secret war that threatens the peace of two nations in this thriller based on actual events. In the 1980s, the Grupos Antiterroristas de Liberacion (or GAL) was an anti-terrorist organization sponsored by the Spanish government that was launched in response to attacks by a Basque revolutionary force, the Euskadi Ta Askatasuna (or ETA). However, the GAL developed a reputation for reckless violence and targeting the wrong people, and Spanish progressives regarded them as little more than a gang of hit men. When an innocent Frenchman is killed by GAL forces, the story attracts the attention of Pablo (Abel Folk), a newspaper editor, who assigns two of his best writers, Manuel (Jose Garcia) and Marta (Natalia Verbeke) to look into the GAL and its leadership. As Manuel and Marta learn more about GAL chief Ariza (Jordi Mollà), they unravel a web of violence and corruption that leads to the highest offices in the land. GAL was produced in part by Melchor Miralles, one of the real-life journalists who uncovered the GAL scandal, while the newspaper that carried his stories, El Mundo, provided financing for the picture.

There are no critic reviews yet for GAL. Keep checking Rotten Tomatoes for updates!

There are no featured audience reviews for GAL at this time.