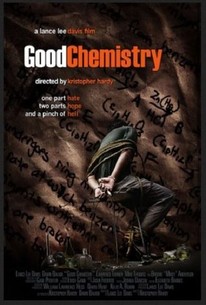 A brilliant chemist driving down an lonely stretch of Ozark highway stops to pick up a pretty young girl, only to become hopelessly drawn into a deadly scheme involving her violent, drug-manufacturing boyfriend in this thriller from first-time director Kristopher Hardy. Toby (Lance Lee Davis) could have been working on some of the most advanced projects in the world of science, but instead he has chosen to become a high school teacher. One night, while cruising down the Ozark highway, Toby spots a pretty girl named Laurie (Brooke Anderson) whose car appears to have broken down. Little does Toby realize that Laurie's in greater danger than he could ever imagine: Not only is Laurie on the run from the authorities, but her volatile boyfriend Jeff (Lawrence Turner) is hot on her trail as well. Somewhere down the road, Toby and Laurie spot Jeff on the side of the road and pull over to puck him up. Now, with Laurie as his grudging accomplice, Jeff kidnaps Toby and takes him to an isolated farm. Once there, Jeff informs his captor that he will use his knowledge to create a substantial amount of synthetic heroin so that Jeff can pay off a sizable bedt to some dangerous Bolivian traffickers. Should Toby continue in his refusal to cooperate, he'll be framed for the murder of his ex-wife Annette (Dawn Balkin). When Laurie goes missing, Annette stands her ground, and the Bolivians show up to collect, an already volatile situation suddenly reaches critical mass.

There are no critic reviews yet for Good Chemistry. Keep checking Rotten Tomatoes for updates!

There are no featured audience reviews for Good Chemistry at this time.