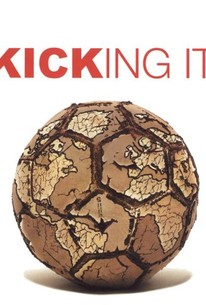 The film follows seven players in their own tough worlds as they confront the daily challenges of life on the streets, battle drug and alcohol addiction, and fight for the right to be recognized as human beings. We witness their struggles, hopes, and determination. The teams are greeted by the South African President, as they make their spirited entrance in to two newly built street soccer "pitches", located at the precise spot where Nelson Mandela was released from prison-with the glorious Table Mountain as the backdrop. Nobel Peace Laureate Desmond Tutu joins the players, declaring homelessness the new "apartheid." For 7 days of fiercely competitive matches, the teams vie for the championship cups. Despite the fact that they may not have a home, the players wear the colors of their country with pride. From shattering misconceptions about the homeless to seeing people living at the edge of society discover that they also can be winners, the film shows in a real and powerful way that sports can and does change lives. As the Russian coach observes, "To me, football is the best model for real life. There is no last game in football and there is no last game in real life. You always have another chance to win."

Critic Reviews for Kicking It

Audience Reviews for Kicking It

There are no featured audience reviews for Kicking It at this time.