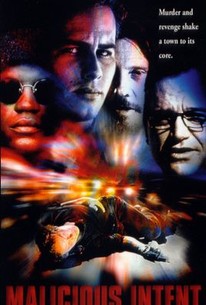 A man that once vowed that he would never again return to his childhood home is forced to own up to his sordid bloodline when he gets word that his father has committed suicide in a complex tale of treachery and betrayal starring Tom Arnold and William Forsythe, and directed by Caesar Cavaricci. The last time Cade Russo (Clarence Williams III) saw Civility, AZ, it was shrinking in his rearview mirror -- and that was the last he had ever hoped to know of the dusty desert town. Upon learning of his father's recent death, though, Cade is compelled to return to Civility if for nothing else than the reading of the will. As it turns out, the apparent suicide isn't as straightforward as Cade was initially led to believe. Now determined to unearth the truth behind this bloody mystery, Cade enlists the aid of longtime friends Marty (Arnold) and Andrew (Forsythe) in shaking the foundation of Civility to its very core, and that's a prospect to which some influential locals don't take too kindly.

Chad B. Brawner
as Detective Drake

Dennis Moore
as Mourner at Cemetery

Nicholas Sadler
as Joe
View All

There are no critic reviews yet for Malicious Intent. Keep checking Rotten Tomatoes for updates!

There are no featured audience reviews for Malicious Intent at this time.