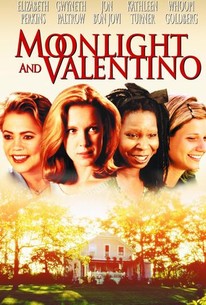 Three women gather 'round to support a newly widowed friend and ultimately find themselves compelled to look at their own identities as they try to cope with their innermost conflicts, fears, fantasies, and feelings in this psychological character study that is both funny and touching. The story is based upon a partially autobiographical play by Ellen Simon (the daughter of legendary playwright Neil Simon). When pretty young wife and college professor Rebecca Lott learns that her adored husband has been run-down by a car and killed during his morning jog, she at first refuses to acknowledge the fact that he is gone. Even when talking to her best friend Sylvie, she refuses to acknowledge that she is a widow. Rebecca then attempts to reassemble her life and carry on with her profession. Sylvie and family members Alberta, her strong-willed, ultra pragmatic ex-stepmother Alberta, and her troubled sister Lucy, who is still a virgin, rally around to help Rebecca cope. As they do, their own fears gradually begin to surface. Sylvie is terrified that her husband will leave her, while Lucy has never recovered from the death of her mother and is angry at Alberta for being so overbearing. Lucy also dislikes her body and is afraid of getting involved with men. Time passes and the friends give Rebecca an interesting birthday present, a virile house painter. His seductive presence causes even more self-discovery on the part of the four women.

Jon Bon Jovi
as The Painter

Julian Richings
as Hairstylist
View All

Critic Reviews for Moonlight and Valentino

Audience Reviews for Moonlight and Valentino