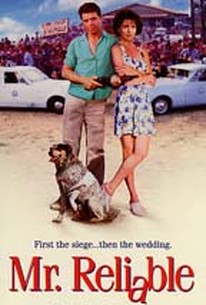 Based on one of the most bizarre hostage-situations ever, this Australian comedy-drama is set in the late '60s when the youth were beginning to rebel against war and government. Set in 1968 Sydney during a scorching summer the whole mess begins when convicted car thief Wally Mellish gets out of prison, rents a hovel on the town's outskirts and gets involved with Beryl, the single mother of a two-year-old daughter. They move into together and dim-bulbed Wally, wanting to show his affection steals the shiny ornaments from a pair of Jaguars. Unfortunately he is not a clever thief and the police soon show up at his door. Not wanting to return to prison, Wally panics and grabs his gun. Thinking he is holding Beryl and her daughter hostage, the police soon surround the house and start a lengthy siege. Unfortunately, the police commissioner, aware of youthful civil unrest spawned by an unprovoked police attack on peaceful anti-war demonstrators a few weeks before realizes that situation requires kid-glove handling and so orders his deputy to negotiate with Wally. Word quickly gets out and soon the media stampedes to the situation. This in turn attracts hoards of tourists and opportunistic street vendors to create an unparalleled circus outside. Meanwhile, in the house, Wally and Beryl are delighted by their new found fame and decide to celebrate by getting married and having the police commissioner himself act as best man. The state premier, appalled by the brouhaha and afraid for his own career, demands that the commissioner be more aggressive and as a result gets taken hostage himself. It only gets stranger from there, but that is half the fun. ~ Sandra Brennan, Rovi

There are no critic reviews yet for Mr. Reliable (My Entire Life). Keep checking Rotten Tomatoes for updates!