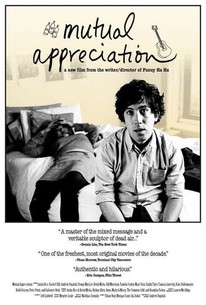 Director Bujalski continues to give cinematic voice to awkward, literate twentysomethings with noteworthy smarts and tenderness.

Alan's (Justin Rice) band, the Bumblebees, has recently broken up after releasing an EP that got some attention. Alan has moved to Brooklyn, where he is trying to get solo gigs, and spending a lot of time with his old friend Lawrence (Andrew Bujalski, the film's writer/director) and Lawrence's girlfriend, Ellie (Rachel Clift). Alan quickly books a gig at hip Brooklyn club Northsix, and does a radio interview with Sara (Seung-Min Lee), during which he mentions that he doesn't even have a drummer. As luck would have it, Sara's brother, Dennis (Kevin Micka), is a drummer. Sara also makes it clear that she's attracted to Alan, which creates a problem when he decides he doesn't want to get involved with her. On the night of his gig, a friend of Alan's father with purported record-industry connections shows up, and invites Alan, Sara, and Dennis to his well-appointed apartment. Afterward, Alan drunkenly goes to a party where he was supposed to meet Lawrence and Ellie. As it turned out, they didn't make it, but a trio of women there (including one played by Kate Dollenmayer, who starred in Bujalski's debut feature, Funny Ha Ha), also drunk, have their own plans for him. Eventually, the unspoken attraction between Alan and Ellie comes to the fore. Mutual Appreciation was shot in black-and-white, and was a hit on the festival circuit before its theatrical release in September of 2006. ~ Josh Ralske, Rovi

RTIndie: IFC Beefs Up On-Demand
Critical Consensus: "Crank" Is Well-Ranked; "Illusionist" Is Magic, "Crossover" Is An Air-Ball, "Wicker Man" Gets Burned
View All