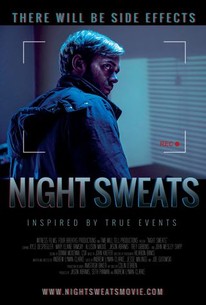 Yuri Burkin recently moved to New York City and is crashing with his old friend Jake, when he meets Jake's attractive coworker MK. He takes her out one night and they end up back at Yuri and Jake's place. While Yuri and MK are making out in the other room, Jake becomes violently ill and suffers a massive seizure. Yuri and MK call 911, and go with Jake to the emergency room. Seeming stable, he's left to recuperate but dies unexpectedly in the early morning. No one can explain what killed him. The Medical Examiner theorizes that he took contaminated narcotics, but Yuri never knew Jake to do hard drugs, so he begins his own investigation. He finds something disturbing in Jake's room: a listening device hidden inside a trophy from Jake's employer, the self-help company True Healing. With MK's help, Yuri gets a job at True Healing, going undercover to find out what happened to his friend. He notices suspicious behavior from the office manager and the boss, and finds a pill bottle in Jake's desk. He discovers other recent cases of mysterious deaths and begins to understand that True Healing isn't actually a self-help company, and Jake isn't the only victim in what appears to be a conspiracy involving a new disease that is spreading across the city. At great risk to his own life, including contracting the disease himself, Yuri will not stop until he finds the source of the virus and destroys the company that stands to profit when it becomes an epidemic.

There are no featured audience reviews for Night Sweats at this time.