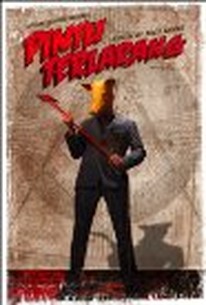 A man living a lie makes a shocking discovery in his search for truth in this thriller from Indonesian filmmaker Joko Anwar. Gambir (Fachry Albar) is an artist who on the surface seems to lead a charmed life -- he's been enjoying critical and commercial success and is married to lovely Talyda (Marsha Timothy). But Talyda's parents are bankrolling his posh lifestyle, he's struggling with impotence and a low sperm count, and when his struggle to have a child with Talyda finally bears fruit, she opts to have an abortion, and then demands Gambir place the fetus inside one of his sculptures. As Gambir struggles to make sense of his internal chaos, his friend Dandung (Ario Bayu) tells him about a secret club for people struggling with questions they can't answer. However, Gambir has a hard time articulating the mystery behind his agony, and he becomes convinced the key to it all lurks behind a locked door he's found in the basement of the mansion he shares with Talyda. Pintu Terlarang (aka The Forbidden Door) received its North American premiere at the 2009 New York Asian Film Festival. ~ Mark Deming, Rovi