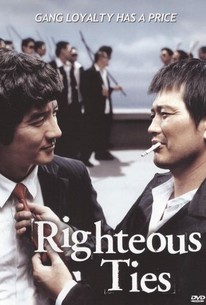 A mafia enforcer begins to question his underworld loyalties after he takes the fall for a gang fight and his boss fails to protect his family while he's behind bars. Chi-Sung is a rare breed, a career criminal who values loyalty and honor above all else. In the wake of a vicious brawl, Chi-Sung refuses to turn evidence on his boss, even though it means he will have to serve an extended prison sentence. Later, as Chi-Sung languishes behind bars, a rival gang attacks his parents on the outside. Infuriated by his underworld boss' failure to strike back against the thugs who targeted his family, the desperate convict enlists the aid of his fellow prisoners in staging a daring prison break. When the underworld heavy learns that his former employee is out for blood, he recruits Chi-Sung's old friend Jon-Joong to take him out. Will Jon-Joong make the same mistake that Chi-Sung made in staying loyal to the gang, or has their boss underestimated the strength of their longtime bond?

There are no critic reviews yet for Righteous Ties. Keep checking Rotten Tomatoes for updates!