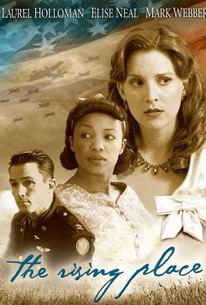 A woman learns a valuable lesson about her family as she and her aunt look back at her troubled past in this independent drama. As Virginia Wilder (Frances Fisher) visits her elderly Aunt Millie (Alice Drummond) for the Christmas holidays, she discovers a number of letters she received during the 1940s, and gains a new and clearer picture of Millie's life when she was younger. Teenaged Emily (Laurel Holloman) falls in love with a soldier who soon ships out to fight in World War II, but not before she discovers herself pregnant. When the soldier refuses to marry her, Emily is left to have the baby on her own, and soon she discovers herself an outcast in the small Southern town where she was born. While Emily's father (Gary Cole) turns his back on her, her mother (Tess Harper) remains supportive, and Emily soon becomes close friends with two other people who haven't been welcomed by the community, a strong-willed black woman named Wilma Watson (Elise Neal) and Will Bacon (Mark Webber), a well-meaning young man with a bad habit of bending the truth. As Emily's new friends stand by her, Emily in turn stands up for them as Wilma and other members of the town's African-American community begin standing up for their rights as citizens. The first feature film from writer and director Tom Rice, The Rising Place also features Jennifer Holliday and Frances Sternhagen.

Mark Webber
as Will Bacon

Critic Reviews for The Rising Place

Audience Reviews for The Rising Place

There are no featured audience reviews for The Rising Place at this time.