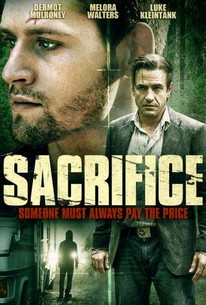 HANK (Luke Kleintank) is a handsome, multi-talented high school student who has just led his football team to a stunning victory during the biggest game of the season. Eager scouts are circling and Hank's blue-collar parents, (played by Dermott Mulroney and Melora Walters), are counting on their golden boy to win a scholarship to a good college so he can enjoy a brighter future, far away from their hardscrabble life in Texas. Their younger son, TIM (Austin Abrams) more of a loser than a winner, idolizes his older brother and persuades Hank and his friends, KAZ (Brandon Smith) and BENNY (Lewis Tan), to let him tag along on their celebratory hunting trip. It is a decision they soon regret. Tim's immature behavior after an accidental shooting leads to a series of bad decisions, a second wave of tragedy, and a hasty cover-up. Hank finds himself at the center of a desperate and rapidly deteriorating situation that tests his moral compass and threatens to destroy his family... and his dream.

There are no featured audience reviews for Sacrifice at this time.