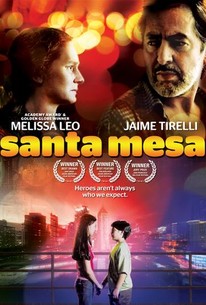 An orphaned boy is thrown head-first into a new and different life in this drama. Twelve-year-old Hector (Jacob Kiron Shalov), who has lived all his life in New Jersey, is riding in the car with his mother when they're struck by another driver; Hector receives only minor injuries, but his mother is killed. With nowhere else to go, Hector is forced to take up an offer to stay with his grandmother, who lives in the Philippines and has never met him. Hector can't speak Tagalog and his grandmother Lita (Angie Ferro) knows no English; not only can't they communicate, but Hector and Lita soon discover they don't much like one another. The teeming slums of Manila are like no place Hector has ever seen, and with few other options he falls in with a gang of teenage thugs led by Miguel (Pierro Rodriguez), who goads him into breaking into a house in a well-to-do neighborhood. Hector is caught red-handed by the owner of the house, Jose (Jaime Tirelli), a photographer who speaks fluent English. Jose insists that Hector work off the damage he's done, but he soon takes the boy under his wing, teaching him a bit about photography and giving him chores to keep him out of trouble. Hector also attracts the attention of a pretty girl, Sel (Maria Lopez), but while they're clearly fond of one another, Hector soon discovers Sel already has a boyfriend -- Miguel. Santa Mesa was the first feature film from writer and director Ron Morales. ~ Mark Deming, Rovi

Keith Johnson
as US Doctor

There are no critic reviews yet for Santa Mesa. Keep checking Rotten Tomatoes for updates!

There are no featured audience reviews for Santa Mesa at this time.