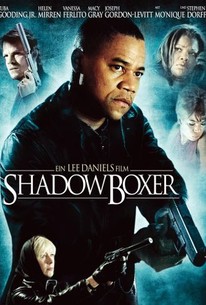 With random characters and a preposterous plot, this bizarre thriller might leave you with your mouth hanging open in disbelief.

A late-career change of heart leads to a dangerous life on the run for two seasoned assassins whose complex relationship masks a dark past in director Lee Daniels' pulpy film noir. When Mickey (Cuba Gooding Jr.) was just a child, his abusive father savagely murdered the young boy's mother shortly before being gunned down by Rose (Helen Mirren), Mickey's stepmother. Twenty years later, Mickey and Rose are not only working together as hired killers, but they have grown to become lovers as well. When Rose discovers she is dying of terminal cancer and becomes addicted to morphine, her conscience soon prompts her to reevaluate her murderous ways. Assigned the task of taking out Vickie (Vanessa Ferlito), the wife of local crime boss Clayton (Stephen Dorff), Mickey and Rose are unable to complete their mission upon discovering that Vickie is pregnant. With the tragedy of the past threatening to lock Mickey, Rose, and their reluctant charge into a tragic cycle of death and deceit, the reluctant killers attempt to make amends for their violent past by protecting Vickie's unborn child and allowing Rose one last chance at redemption.

Atif Lanier
as The Hand

Critical Consensus: "Lady" Is All Wet; "Ex" Is Not Super; "House" Is Scary, "Clerks" Is Funny
View All