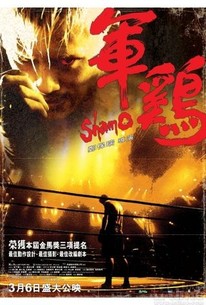 A Hong Kong adaptation of a Japanese manga, director Soi Cheang's follow-up to the dark 2006 thriller Dog Bit Dog stars Hong Kong teen idol Shawn Yue as a young sociopath sent to prison for the brutal murder of his parents, and determined to seek salvation by becoming a professional fighter. Upon being incarcerated for his unspeakable crime, Ryo is targeted for extreme abuse and humiliation by the more established inmates in the penitentiary. Under the approving eye of a warden who would sooner see Ryo dead than reformed, the timid teenager is humiliated, raped, beaten, and left for dead. But while no one expected that Ryo could possibly endure such abuse and live to see another day, it isn't long before he's back on his feet and mastering the martial arts under the tutelage of the prison karate instructor (Francis Ng). Ryo is determined to ensure that he will never be victimized again, and by the time he's released from prison he is a formidable fighter. Once paroled, Ryo sets out in search of his missing sister, whom he believes to be working as a prostitute on the streets of Hong Kong. But while Ryo's sister is nowhere to be found, his search leads him to a girl with the same name who just happens to know the main promoter of a prominent fighting league. Before long Ryo is in the ring and living his dream, but will he ever find out what became of his long lost sister? ~ Jason Buchanan, Rovi