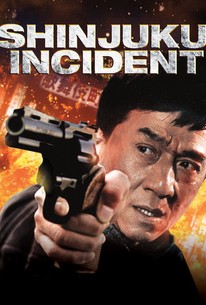 The Chinese migrant communities in Tokyo live shadowy lives. The Japanese neither acknowledge nor welcome them. They are shunned by the mainstream society, hounded by the yakuza, and go about their days under fear of being discovered and repatriated. It is an alien world for Nick (Jackie Chan), an honest and hardworking tractor repairman from northern China. Nick takes the perilous journey to Tokyo after losing contact with his girlfriend, Xiu Xiu (Xu Jing Lei), who months earlier had left China for Japan with hopes of a better life. Confused and out of place, Nick stays close to his brother Joe (Daniel Wu), who has already spent months learning life on the streets of Shinjuku. Trying to exist in the underbelly of Tokyo long enough to find Xiu Xiu, Nick has come to realize that the migrants must stand united if they are to go about their lives without fear of oppression by the Japanese underworld and the Chinese gangs that are growing in power. Making life even more complicated is the ever-present Inspector Kitano (Naoto Takenaka), who is trying to rid Japan of the crime figures. In his search of a decent living, Nick unwittingly finds himself pitted against the Japanese yakuza. Ironically, he also discovers that Xiu Xiu has adopted a Japanese identity and has married Eguchi (Masaya Kato), an ambitious up-and-coming yakuza chief. Nick wins the respect of his friends by establishing a base for them and forms an uneasy alliance with Eguchi. When he helps Eguchi dispose of a rival, he is given the control of Shinjuku's night establishments. With jobs now available for all of Nick's people, he is free to consider a new life path. Uninterested in living a gangster's life, Nick finds a new love and takes the chance to start a tractor repair business outside Tokyo. However, his peace is short-lived when he learns that his former compatriots are now being used by Eguchi to front the yakuza's drug business. Nick feels responsible for this turn of events and feels obligated to bring Eguchi down. He must do what is right, even though he knows that he will also be destroying whatever happiness Xiu Xiu has been able to find in this new city. It's not a question of right or wrong with shades of gray; the question is black and white. Can one simple Chinese migrant take on the yakuza alone?