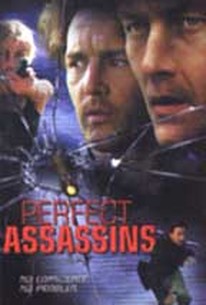 This psychological thriller is helmed Russian director Rodion Nakhapetov, who also fills a cameo role in the film. Traci Lords stars as Kelly Bekins, a recently widowed mother who takes her six-year-old son Matthew (Seth Adkins) to the motel where her scientist husband Joseph (Daniel Roebuck) was murdered while working on a top-secret AIDS cure. There, Kelly and Matthew meet the motel manager (Michael J. Pollard) and a janitor, Bubba (Tony Todd), who seems to be keeping a protective eye on them. To Kelly's surprise, Joseph's best friend and colleague Michael (Andrew Heckler) also appears at the motel seeking answers. When Matthew begins having psychic visions of his father's death, Michael suggests that he see a psychiatrist, Dr. Kessler (Karen Black), but she's involved in a complex scheme involving Joseph's killing and the sale of his research to the Russian Mafia. When Matthew's visions lead him to suspect that Michael's responsible for his father's death, the boy runs for help to Bubba, who turns out to be an FBI agent.

There are no critic reviews yet for Stir. Keep checking Rotten Tomatoes for updates!

There are no featured audience reviews for Stir at this time.