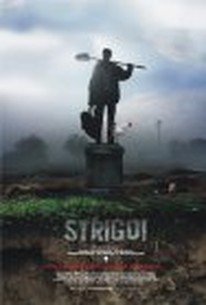 Faye Jackson wrote and directed this atmospheric fusion of comedy and terror. After his search for a new career in Italy goes bust, Vlad (Catalin Paraschiv) returns to the small Romanian village where he was brought up to discover things aren't quite the same. The town drunk has been murdered, and somehow Vlad has been implicated, even though he was out of town, and Constantin Tirescu (Constantin Barbulescu), the former Communist turned abusive Capitalist who owns most of the village, is looking strange and bloated while still making life miserable for those around him. Vlad thinks Tirescu is sick, but it's worse than that -- he's actually dead, but has become a strigoi, a vampire who rises from the grave to settle an old score. Vlad becomes a combination detective and vampire hunter as he tries to track down the truth about who is the killer, how Tirescu came back to semi-life and how to keep the walking dead from preying on the living; he also has to deal with his kvetching mother and the mystery of why bloodsucking Tirescu has suddenly become so fond of pickles. Strigoi won the Vision Award at the 2009 Toronto After Dark Film Festival. ~ Mark Deming, Rovi

There are no critic reviews yet for Strigoi. Keep checking Rotten Tomatoes for updates!